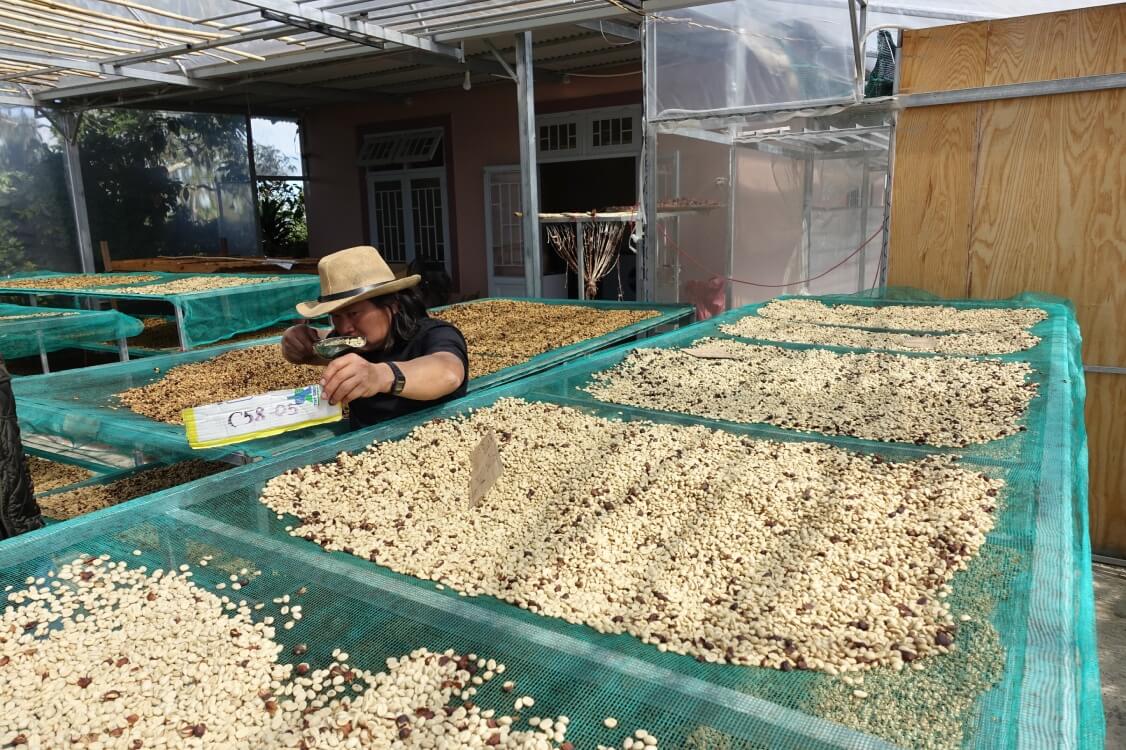 Ngọc’s family has been farming coffee for over 80 years. We use his Arabica Bourbon & Cascara in our Lacàph Espresso Blend and Cold Steeped Cascara.

You could say that coffee runs through Ngọc’s veins, fuelling the passion that drives him to grow the best coffee he can. He was born into a coffee farming family, grew up among the coffee trees of his family’s plantation, and now grows some of the best coffee in Việt Nam with beans that rank on the Specialty Coffee Association scale.

His farm is just outside Đà Lạt City in the Central Highlands province of Lâm Đồng. The plantation was established in 1927 by a French family who were early settlers in the region, and Ngọc’s grandparents were among the first laborers to work the farm. It’s been in the family for three generations now, handed down from father to son for almost 100 years as they worked the land together.

The first coffee trees on the farm were Arabica Bourbon and Typica, planted and harvested by his grandparents in the late-1920s and early-1930s using methods the French introduced.

The first coffee trees on the farm were Arabica Bourbon and Typica, planted and harvested by his grandparents in the late-1920s and early-1930s using methods the French introduced. The trees flourished, his grandparents were fairly paid, and in the late-1930s they bought the plantation from the owners and started farming it for themselves.

Ngọc’s farm sits around 1,500 meters above sea level and is covered in the region’s fertile volcanic soil. Known locally as bazan, the red earth is rich in minerals and provides a balance of nutrients that is perfect for growing premium grade coffee.

When Ngọc inherited the farm from his father, he changed its name and established it as the specialty coffee plantation it is today.

Just as his grandparents did, he continues to grow Arabica Bourbon and Typica but in recent years has added Catimor and Catuai varieties that produce a high yield. They are also more resistant to pests and diseases such as coffee leaf rust and coffee berry disease.

As harvest time comes towards the end of the year, Ngọc’s farm turns into a hive of activity with temporary workers arriving to help harvest the ripe cherries. For many who come to collect the bright red fruit this is a highlight of the year, an opportunity to catch up with friends and earn some extra money for Tết. 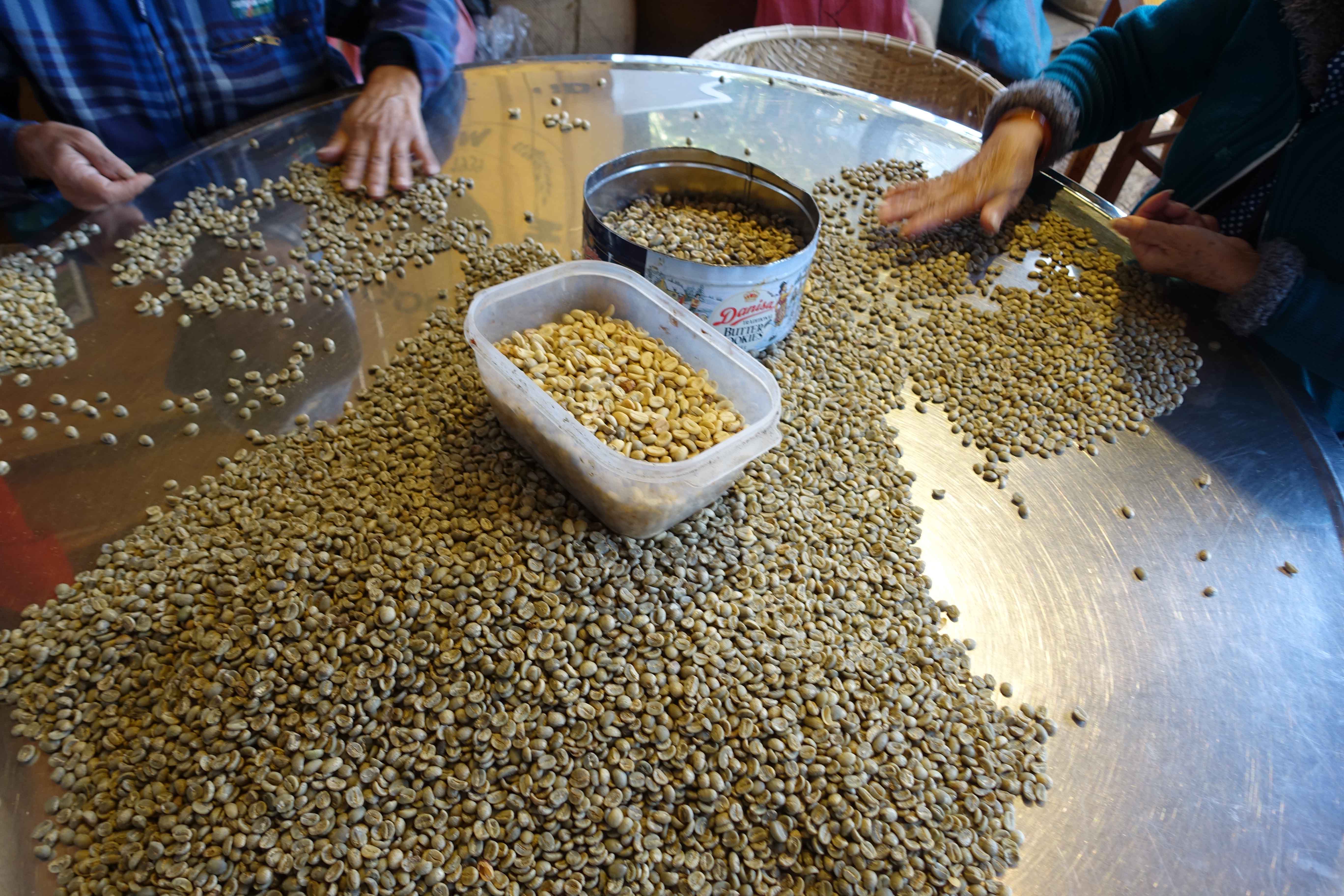 The workers hand-pick the ripe cherries, ensuring only the best quality beans are selected from each tree and leaving the rest to be harvested in the coming days. As they make their way up and down the rows of trees they chatter and laugh amongst themselves, but the work is strenuous and when it’s time for lunch they’re quick to put down their baskets and make their way down the slopes.

Once the beans have been harvested, Ngọc lays them out to process, using wet, honey or natural methods depending on the requirements of his customers.

Once the beans have been harvested, Ngọc lays them out to process, using wet, honey or natural methods depending on the requirements of his customers. As his beans are premium quality, many of his customers choose wet processing. This method highlights the beans’ unique characteristics, spotlights their distinct flavours, and is why many specialty coffees are wet-processed.

Ngọc also produces Cascara on his farm, made from the dried pulp of coffee cherries once the beans have been removed. Drunk as a tea, Cascara is rich in antioxidants and known for its benefits to the digestive system when brewed as a tea.

We use Ngọc’s Arabica Bourbon & Cascara in our Lacàph Espresso Blend and Cold Steeped Cascara.

Stories from the Plantations (3)
Coffee house (0)