Bích works with local farmers to improve the quality and raise the value of their beans. We use Arabica Catimor beans from her in our Lacàph Filter Blend & Cold Brew.

Bích runs her family’s coffee trading company in Lâm Đồng Province in Vietnam’s Central Highlands, and provides a valuable link between local coffee farmers and the traders who want to buy their beans. In an industry still dominated by men, Bích has worked hard to prove herself.

Her family moved to Lâm Đồng in the late-1970s, relocating from the North as part of the government’s migration policy after the country’s reunification. Many believe that the mass migration programs of the late 1970s to regions such as Lâm Đồng provided a cornerstone for the development of Vietnam’s fledgeling coffee industry. 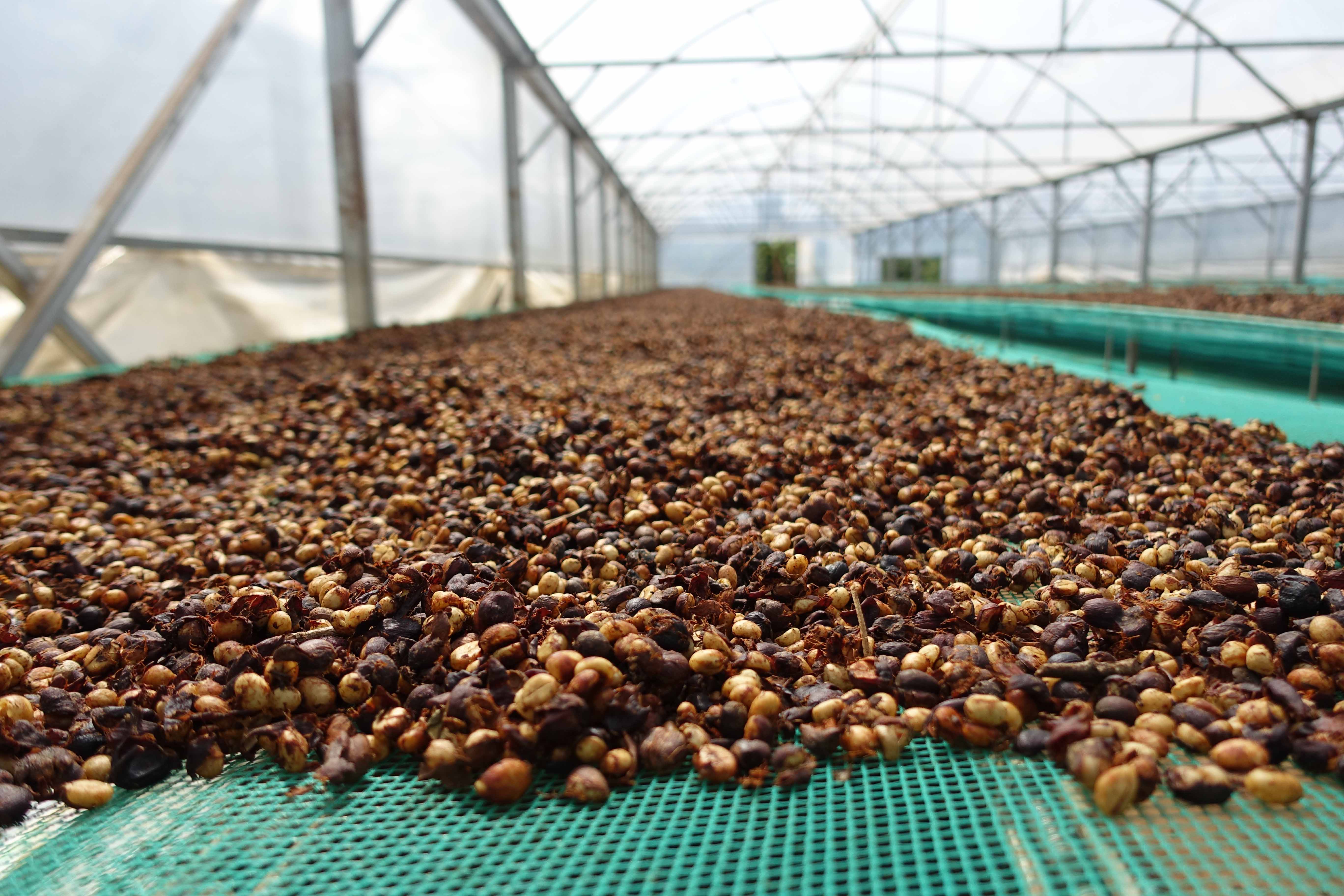 Bích realized from a young age that one way or another, coffee was going to be her future.

Although the people who farmed and traded coffee were mainly men, Bích saw that women were involved too, especially during harvest time when the hills came alive with the sound of people chatting as they picked the ripe red coffee cherries. But she also noticed that women often worked as hard as their husbands on the farm, particularly when it came to processing the newly harvested beans.

Growing up, Bích had watched the role her mother played in building the family company, especially when it came to tough negotiations over the price of beans

Growing up, Bích had watched the role her mother played in building the family company, especially when it came to tough negotiations over the price of beans. As a young woman, she went to work for a local coffee trading company that sourced, bought, processed and exported Arabica and Robusta beans for domestic and international partners. She visited coffee farms all over Lâm Đồng, Đắk Lắk, Kon Tum and Đăk Nông, learning about each link of the coffee value chain.

Bích learned to focus on the quality of the beans, rather than the quantity being grown, and witnessed the move towards sustainability and farming environmentally. She was part of Vietnam’s first attempts to produce coffee that ranked on the Specialty Coffee Association’s scale, and worked with the farmers who sent their beans to be graded successfully.

She learned to focus on the quality of the beans, rather than the quantity being grown, and saw the move towards sustainability and farming environmentally

As Bích’s parents grew older she left the company she was working for to take over the family business. Under her guidance and leadership, the company has gone from strength to strength to become one of the leading coffee traders in the region. She now employs a staff of fifteen, many of whom are women, and spends her days supervising her team, visiting farmers, negotiating deals and balancing the books.

Over the decades Bích has seen the highs and lows of Vietnam’s coffee sector as the country has become a global coffee powerhouse. She believes wholeheartedly in the tremendous potential of Vietnamese coffee, especially as farmers continue to improve the quality of their beans, and supports them in producing the best they can.

Bích is encouraged that the quality of Vietnam’s beans is increasing, and that farmers are realizing that as their beans improve, so too does the price they can sell them for.

Stories from the Plantations (3)
Coffee house (0)